Human bees! Has nature’s thrift
Given thee naught but honey’s gift?
See! the drones are on the wing.
Have you lost the will to sting?

Man of labor, up, arise!
Know the might that in thee lies,
Wheel and shaft are set at rest
At thy powerful arm’s behest.

– An excerpt from Albert Parsons speech to the court after being wrongfully convicted for the Haymarket bombing. 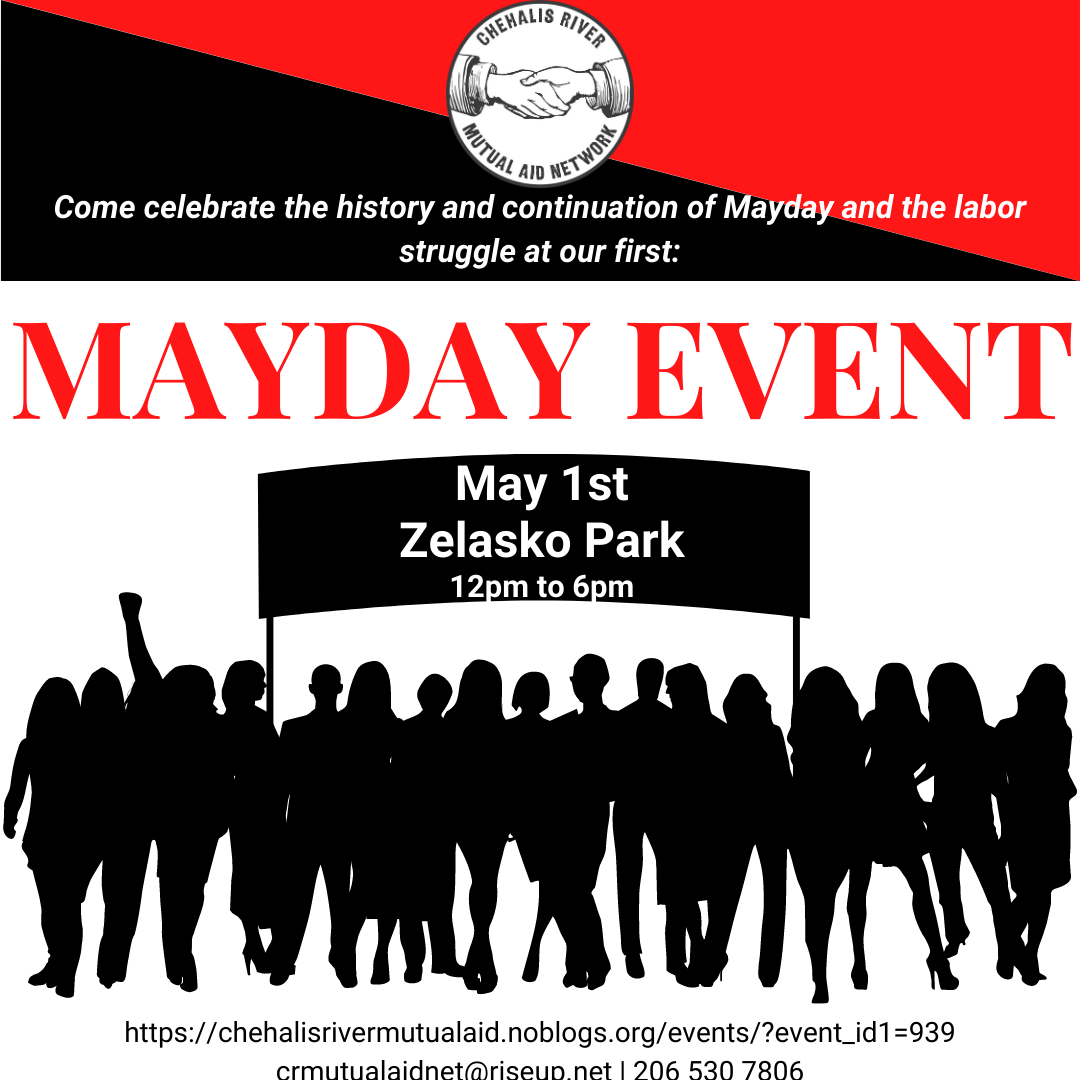 The Haymarket Affair is generally considered significant as the origin of International Workers’ Day held on May 1, and it was also the climax of the social unrest among the working class in America known as the Great Upheaval.

“No single event has influenced the history of labor in Illinois, the United States, and even the world, more than the Chicago Haymarket Affair. It began with a rally on May 4, 1886, but the consequences are still being felt today. Although the rally is included in American history textbooks, very few present the event accurately or point out its significance.”

For a more detailed look into the Haymarket affair, check out this episode and show notes from Crimethinc. We also link to key episodes of Working Class History, a podcast about all of those who have fought for a better world, for more about the labor struggle more generally.

For a very deatiled history of the labor sturggle here in Grays Harbor County check out The IWW History Project, or this blog article entitled Grays Harbor Workers: Aaron Goings on “The Port of Missing Men” and followup article from The Daily World. Also, this review of Aaron Going’s previous book, ‘The Red Coast, Radicalism and Anti-Radicalism in Southwest Washington’ by Aaron Goings, Brian Barnes and Roger Snider.

Crimethinc Ex-Worker Podcast #1: Haymarket and the History of Mayday

In this first episode, hosts Alanis and Clara explore the 1886 Haymarket affair and the anarchist roots of Mayday. Also includes news from resistance around the world, a profile of the Lucy Parsons Center in Boston, a review of the journal Modern Slavery, upcoming events, and more.

Playlist of our episodes which are predominantly about radical women’s history.

Our series of podcast episodes about the history of the revolution Industrial Workers of the World union.

E12: The League of Revolutionary Black Workers in Detroit

Episode about the League of Revolutionary Black Workers in Detroit in the late 60s/early 70s, in conversation with Herb Boyd, author of Black Detroit and former member of the group, and Dan Georgakas, author of Detroit I Do Mind Dying.

Podcast episode about the workers at the Lusty Lady strip club in San Francisco who in 1997 were the first women who managed to unionise a strip joint in the United States, and who later took it over and ran it as a workers’ co-operative.

Our latest podcast miniseries this Pride month is about Lesbians & Gays Support the Miners, a small group of LGBTQ people in London who began to raise money for striking workers in the Welsh valleys during the great miners’ strike of 1984-5. Unknown to them at the time, they would end up transforming both communities, and Britain as a whole.

In this episode we head to Matewan, West Virginia to speak with Catherine Moore and others from the West Virginia Mine Wars Museum, as well as some striking West Virginia teachers about the conflicts, and how they are remembered today.